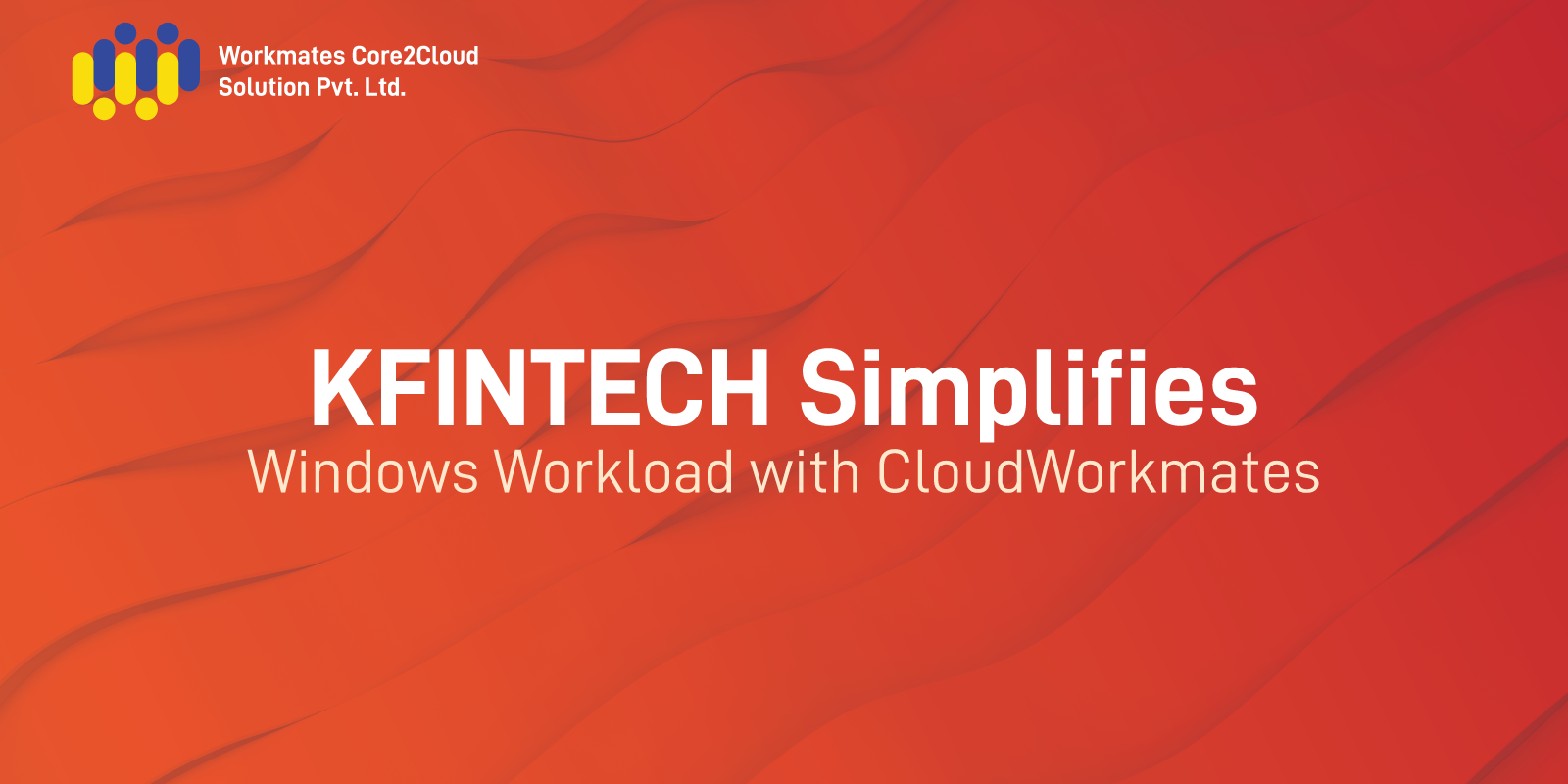 KFintech is the largest registrar and a market leader in the investor servicing industry. With over 100 million investor accounts, they have reached out to over 3500+ issuers including banks, PSUs and mutual funds. Being an ISO 9001:2015 certified company on data security in the Registrar and Transfer agency space, their real-time data replication capability ensures zero impact in case of exigencies. KFin is a one of its kind digital platform excelling in hyperscale transaction management, big data solutioning, transformative platforming, pureplay financial and technical services built on proven tech expertise in the asset management industry.

KFinTech was looking for hosting there IQ BOT applications on AWS. All the BOT applications need to run on windows platform with MS-SQL as a Backend DB. Customer focus was on HA for the MS-SQL database and was also having pain with Infra scaling issues causing poor performance during load on server with their existing service provider. Windows Workload. KFinTech wanted to work with a strong Cloud Consulting Partner like Workmates to help them host their windows workload on AWS, manage Infra and applications 24*7 and then build Cloud capabilities so that KFin can concentrate on application development.

Cloudworkmates finished the project on-time and under-budget delivering a scalable and highly available infrastructure with no single point of failure. KFin was happy with the deliverables and the executed timeframe. Should the need arise to extend or modify their infrastructure further, CloudWorkmates is available to continue the relationship.

KFin is now able to process more customers data faster than they could by using their in-house solution. Also, on AWS, they can quickly scale their production stack as dynamically as their workloads scale. For example, KFin are now easily increase their storage footprint and compute footprint utilizing AWS’s highly scalable features. Finally KFin was able to realize the full potential of running Microsoft Workloads on AWS with the required high availability, reliability , performance & scalability