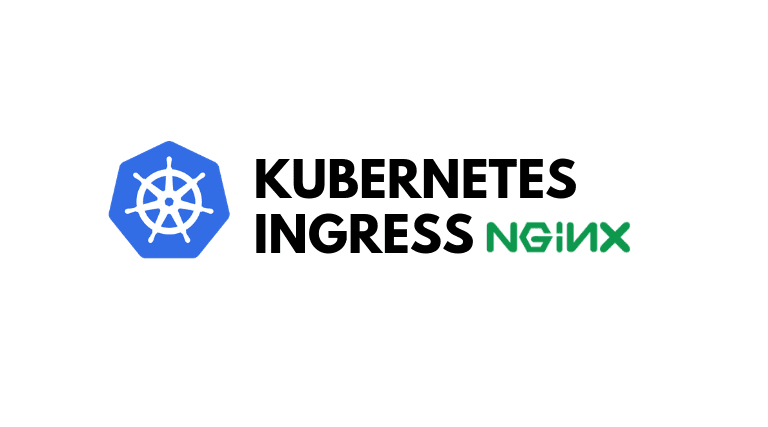 Kubernetes supports a high-level abstraction called Ingress. Ingress exposes HTTP and HTTPS routes from outside the cluster to services within the cluster. The traffic routing is controlled by rules defined on the Ingress resource. An ingress is a core concept of Kubernetes but is always implemented by a third-party proxy. These implementations are known as ingress controllers.

An ingress controller is responsible for reading the Ingress Resource information and processing that data accordingly. Different ingress controllers have extended the specification in different ways to support additional use cases.

The most popular ones are the following:

The first problem was that the default Nginx Ingress Deployment for AWS launches CLB (Classic Loadbalancer) instead of NLB(Network Loadbalancer) when we wanted to use SSL/TLS. We needed NLB (as customer requirements the application should be able to handle millions of requests per second) along with HTTP to HTTPS traffic redirections. This was resolved by changing the service.beta.kubernetes.io/aws-load-balancer-type from “elb” to “nlb”, but we also made several changes to make HTTP to HTTPS redirection was possible.

Here in this article, we have a solution in which we have figured out how we can solve both problems:

A DaemonSet is a controller that ensures that the pod runs on all the nodes of the cluster. If a node is added/removed from a cluster, DaemonSet automatically adds/deletes the pod. Which resolved our problem, as daemonset the number of pod = no of nodes, this bought all our worker nodes healthy back again the added advantages are better HA and better traffic management: the traffic is distributed to all nginx controller pods rather than just one.

IF you are on the Kubernetes and using Ingress or Service to expose your application, the TLS Termination feature of NLB will address these challenges easily. Request a public ACM certificate for your custom domain and specify the Amazon Resource Name (ARN) of your ACM certificate on your Kubernetes service/Ingress using the “service.beta.kubernetes.io/aws-load-balancer-ssl-cert” annotation from the Kubernetes website. The annotation allows the Kubernetes API server to associate that certificate with the Classic Load Balancer when it’s created.to the Ingress(ALB/NLB) you want to use. 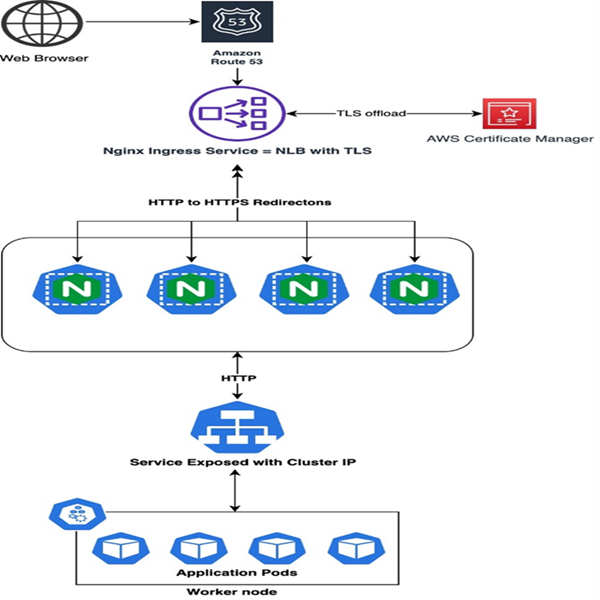 3. Create an Ingress object to route nginx traffic to the respective service.

**Note – Replace host field content with your NLB DNS Name or the Route53 record pointing to this NLB which will be invoked by the end-user client.

I hope the above information are helpful to move forward with the similar use case you might have.

Hope you found it useful. Keep following our Kubernetes series for more interesting articles. Please free to reach out to us if you need any assistance regarding AWS and Kubernetes consulting. Happy Kubernetizing !!!