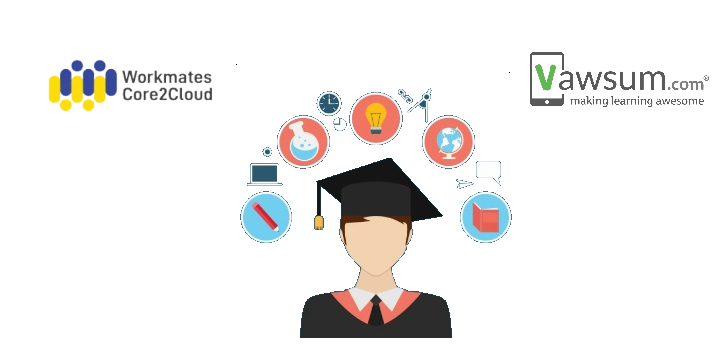 Vawsum is an ecosystem of students-parents-teachers-alumni-school-corporate to “Make Learning Awesome” Vawsum App is a parent-teacher engagement application which aims to revolutionize how parents and teachers engage with each other. Be it simple updates update the classes, homework, pictures, fees collection, updates about school bus locations, we have it all covered. Be Vawsum is a program that brings together school & corporate help students imbibe good values, inculcate good habits and build personalities.

Vawsum has 2 web application and mobile application to run on the AWS cloud. As the application were running on third party tool i.e Plesk Panel and customer required the secure and reliable application configuration on AWS cloud. Vawsum was looking for expert guidance for implementing the following key requirements.

Vawsum collabes with Workmates to address out the above requirements. Vawsum wants the fixes of the Apache reverse proxy permanently on the AWS Cloud. Thier main concern was scaling the infra as per the load increases. Also, customer want the compliant with secure, high-performing, resilient, and efficient infrastructure for their web and mobile applications.

Workmates helped Vawsum to adopt the AWS best practices to their web and app applications.  The application architecture for the AWS cloud was designed with the right balance of managed services to both reduce operational overhead while keeping the costs low. Most of the undifferentiated activities on the cloud was automated, thus reducing the overall time and risk in deployment of new services. The key aspects of the solution design includes:

Web application and mobile application was successfully deployed on AWS environment and meets all security & guidelines as per the AWS best practices. The following are some of the key benefits for the customer

AWS best practices make the developer and Ops team to more focused on their core area of expertise. By Building out the secure and scalable infra is a success of resiliency, persistence, and drive. Also, Vawsum team has adopted the AWS best practices and they are very much appreciating for this success implementation.