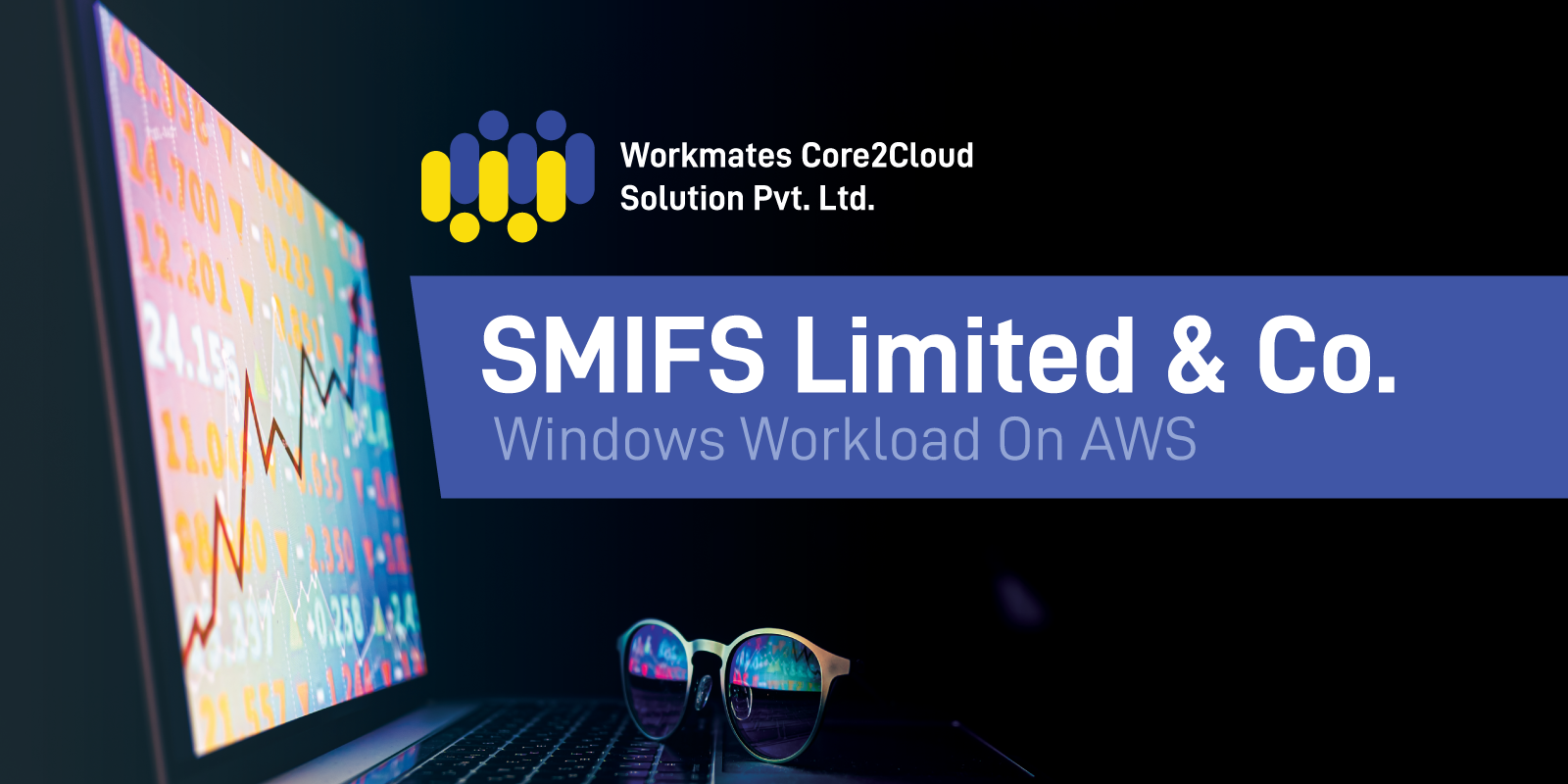 In 1981, two prominent groups, SMIFS Limited & Co. and C. Mackertich, having a legacy of 100 years joined hands to synergies their Expertise and Experience; to emerge and establish themselves as a fine integrated wealth advisory and equity broking house, catering to FII’s, Banks, Corporate’s, HNI’s and Retail clientele.

SMIFS Limited was looking for hosting there LD, PMS & RAKSHAK applications on AWS. All these applications need to run the windows workload with MSSQL as the persistent storage. On premises configuration not properly scaled and enough performant during the traffic spike at morning and afternoon. SMIFS Limited wanted to shift their entire infrastructure where scale up/down won’t be mattering anymore and should be done automatically. Since Workmates have already registered itself as a promising Cloud Consulting Partner in Advance tier, so they helped SMIFS Limited out of this situation by hosting their Windows workload on AWS while managing infra & applications 24X7, so SMIFS Limited now concentrate only in the application development.

SMIFS Limited is now able to cope up the traffic spike during morning and afternoon with more customers login to their in-house solution. Also, on AWS, they can quickly scale their production stack as dynamically as their workloads scale.

CloudWorkmates finished the project on-time and under-budget delivering a scalable and highly available infrastructure with no single point of failure. SMIFS Limited was happy with the deliverables and the executed timeframe.